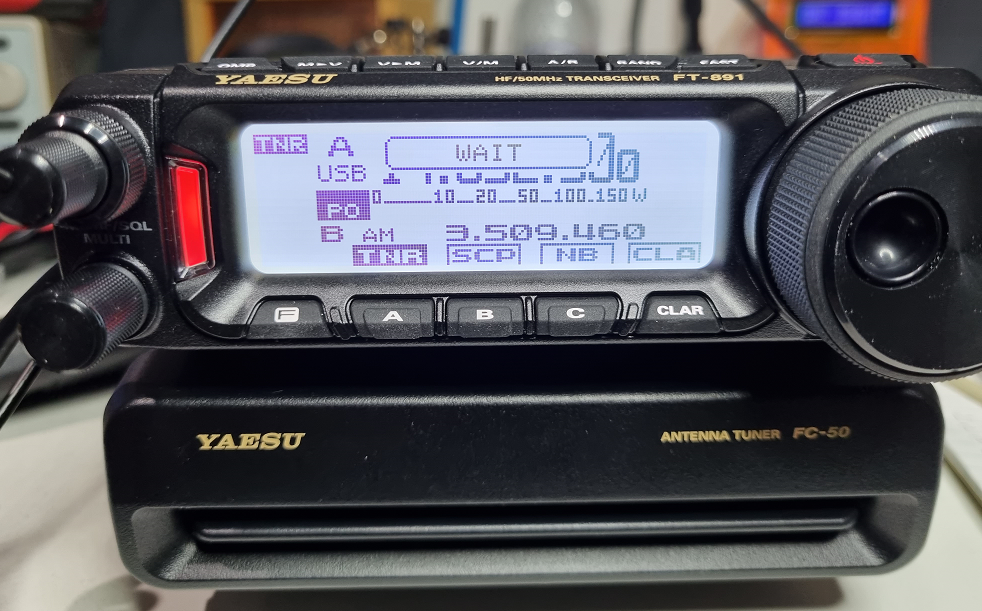 Or how I (almost) interfaced an Yaesu FT-891 radio to an Icom tuner.

I recently decided to replace my Icom IC708G in the car, as it had a weird ALC fault on transmit. It is afterall, a radio that came out in 1997, making it approximately 24 years old. I reviewed what was available in the field, and settled on the Yaesu FT-891.

I selected the FC-50 tuner as a suitable tuner, and was dismayed that my research didn’t reveal that it is useless. It can only tune within a 3:1 range, so is simply not suitable for the 3m helical whip I use on the back of the Xtrail.

Not to worry, I already have an Icom AH-4 tuner in the car, and it eats the tuning job for breakfast. So – How to plug a round plug into a square hole (Kind of literally – The Yaesu is round Mini DIN8, while the Icom is a rectangular Molex 4 pin)?

The first step was to break out the cable between the FT-891 and the FC-50. A little research showed me that the cable had the following pinout;

Data is sent at 4800 baud, so the signals were broken out with a piece of veroboard and examined with a scope and an Ardiuno monitoring the data lines.

I had a massive step up from research that was done by John Price – WA2FZW, in a document that he published in the files section of the FT891 Groups page (FT-891 to MFJ-939Y Tuner Interface Test Box).

Pressing the TUNE button on the radio starts the following process when communicating with the FC-50;

To tune, the radio starts by asserting the <Start> line. Approximately 300mS later, the tuner asserts <key> – This causes the radio output to keyup at a reduced power level. (This bit is important)

The AH-4 then tunes, and uses <key> to let the radio know if the tuning was successful. This is an example of a successful tune.

If tuning fails, the AH-4 returns an extra 20ms wide negative pulse on the <key> line

And this is where we hit a roadblock….. The AH-4 is designed to tune with a maximum input power of 10 Watts. The Yaesu will merrily output a 50W CW level while tuning.

This may be an issue.