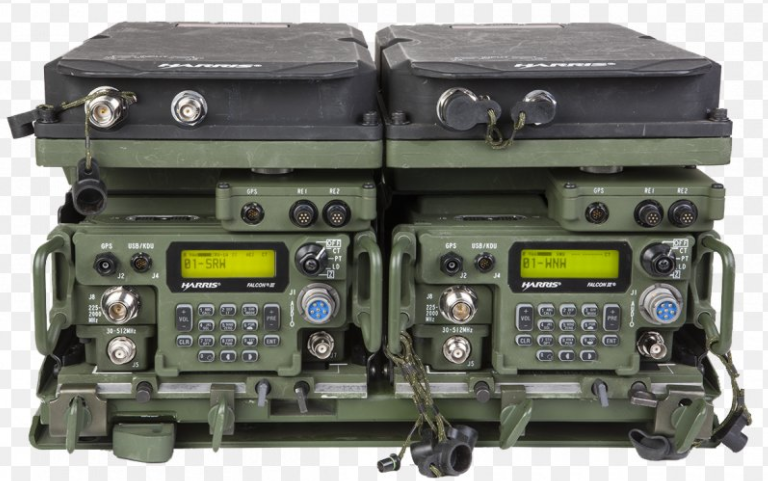 Or why we can’t have nice things….

I have always had a soft spot for military hardware – from an era when I was much younger where I got to work on beautifully constructed electronics that was designed to be driven over by a tank and survive. I no longer work in these environments, so I only see stuff on the second hand market.

Between then and now, the capabilities of radios used by our military has vastly increased. In our modern world, there are a series of interesting tactical radios, including the PRC148, PRC152, PCR117 and others, that all cover a wide range of frequencies (30 – 512Mhz) and support a wide range of waveforms that are designed for use in hostile environments. They support frequency hopping and other neat functions that make jamming them very tricky.

These devices tend to be software defined, allowing upgrades to their capability through a simply software update.

The frequency coverage of these devices is particularly interesting – Looking at the range 50 – 512Mhz, you have standard VHF/UHF frequencies that are used for point to point communication over short distances, as well as the traditional US MILSAT ranges from 240 – 360Mhz.

Some of the older MILSAT services are not encrypted, and are actively used by Brazilian pirates and drug runners much to the frustration of the US Government. MILSAT is very useful for those times when you need something dropped off…. right now….. But were not here to discuss Brazilian Pirates.

The usefulness of these radios, coupled with the support for encryption and facilities that are simply not required in a civilian world results in these radios not existing in the second hand market. They get shredded. Once upon a time, you could go to a surplus shop and purchase an AN/PRC-77 for use on the amateur 50Mhz band, attach a suitable battery and be on the air in no time.

Now days, as soon as a modern radio is finished with by its primary user, it is shredded into pieces not less than 3mm. Sometimes, you can find the metal enclosure that housed the electronics for sale on eBay, but the electronics is always shredded. Sigh…

Interestingly, filling this void you find manufacturers such as Triumph Instruments in China, who make their own versions of these radios for use by people who want that authentic look and feel. Sadly they are simply glorified Baofengs in a nice metal chassis.. They are all over eBay.

Tantalising though as they may be, they are not even vaguely close to the capabilities of a modern nice radio, such as a PRC152. Yep – we can’t have nice things.