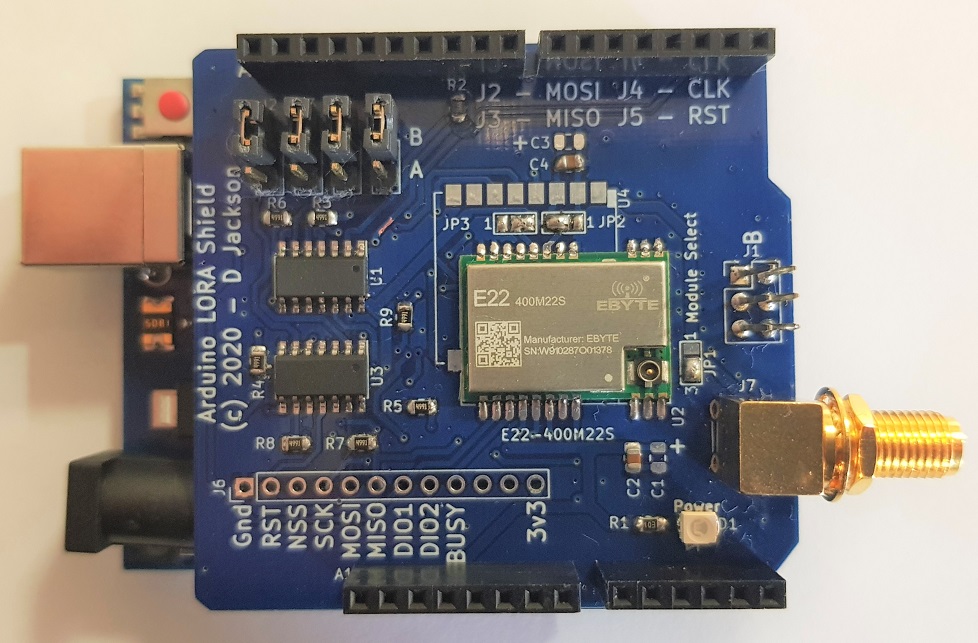 I was very enthusiastic, so I purchased a couple of modules, and quickly discovered that my eyes would never be able to solder wires onto the stupidly tiny pitch edge pads, so I designed an adaptor board for the Arduino ecosystem. I sent it of to PCBGOGO and a week later I get a set of 10 boards back

When I designed the board I was very careful to make it as flexible as i could, supporting both the Chengdu eByte E22 series as well as the Thinker labs RA-01 modules. Essentially, the board is a set of level converters and somewhere to solder the tiny tiny module 🙂

Still to do – A bit of debugging, and making an antenna suitable for receiving the signal. Unfortunately, the antennas of the FossaSat-1 satellite were unable to be deployed, so it is only receivable using RTTY at the moment. But I will be ready for their next satellite 🙂

Its such a pretty little satellite